Did the Government Shutdown Create More Chaos at the IRS?

by Charles Krengel
Comments are off

When the United States government went into shutdown mode from October 1 through 17, the Internal Revenue Service (IRS) was largely non-operational, with only about 10% of the agency working during those 17 days. Normally, most of the work done by the IRS to be able to handle the processing of 150 million tax returns is done during the autumn, but the shutdown put a temporary stop to it. As a result, the 2014 filing season will start later than usual, and if you’re trying to resolve a tax controversy with the IRS, it could take longer than you expect. Continue reading to learn more…

The agency had expected to start processing returns on January 21, 2014, but at the moment, it appears as if the 2014 filing season will begin sometime between January 28 and February 4. That doesn’t mean you can’t file your taxes earlier than that, but it does mean your return won’t be processed for a while, and if you expect a refund, it will most likely arrive later than you want.

The Fallout for the 2014 Tax Filing Season 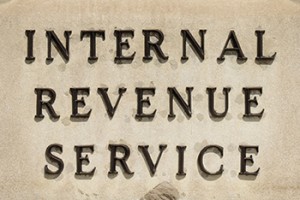 During the recent shutdown, the IRS reported receiving 400,000 pieces of correspondence, and this was on top of the million pieces of correspondence that had accumulated prior to the shutdown. If you tried to get answers from the IRS in the weeks leading up to the shutdown, or during the shutdown, you may believe that your correspondence fell into a bureaucratic black hole. But the agency will eventually get to it, after doing some extensive catch-up work. Keep in mind also, that when the shutdown ended, Congress only put off the fiscal negotiations until January, so it’s possible that whatever happens then could affect the filing season as well.

What You as a Taxpayer Will Notice

If you are currently involved in a tax controversy with the IRS, you’re probably already under stress because of it, and the effects of the shutdown certainly won’t help. Take a deep breath, and accept that a resolution may take longer than you would like. Whenever you reach out to the IRS, document the process, recording the date, time, and phone number you called, as well as whether your call was eventually answered or rejected due to high call volume. If you correspond with the IRS by mail, use certified mail so that you will have proof that you made a good faith effort to get in touch about your tax controversy. While this won’t get things resolved faster, it can help if later on you are trying to dispute penalties that may have accrued due to the effects of the agency’s slower operations.

Due to the so-called fiscal cliff negotiations that took place at the end of 2012, the IRS was late in processing returns at the beginning of 2013 as well. Immediately after negotiations, tax returns for those filing for 2012 were not processed on time, because the actual returns and software necessary to process them had to wait until negotiations were over.

Because of fiscal cliff negotiations, hold times for those calling IRS hotlines increased by a factor of seven, and the agency was only able to respond to half the written correspondence within the normal time limits the IRS shoots for. Those who had mid-2013 dealings with the IRS have reported that time delays in corresponding with the agency were still happening during the summer months of 2013. Things could very well get worse before they get better.

If you are dealing with a tax controversy with the IRS, your best bet may be enlisting in the help of a certified public accountant with specific experience in tax controversy matters, like the CPAs and business consultants at Charles Krengel, P.A. While tax professionals are not immune to the delays caused by the government shutdown, they do have the experience necessary to help resolve issues more quickly, and with more favorable outcomes than taxpayers who try to work out tax controversies on their own. 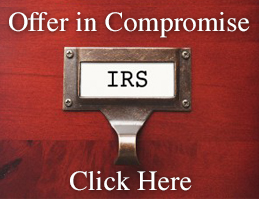